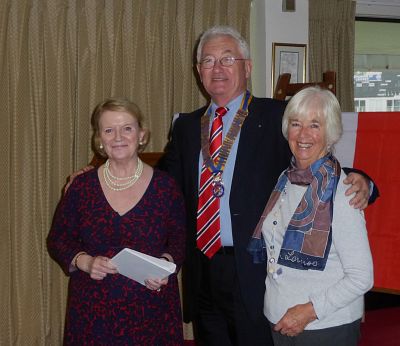 photo: Robin Hendy. Click or tap the image to enlarge

Mary is a native Scot, born in Glasgow into a loving family who valued education highly. The late sixties were busy years - Graduation and marriage were quickly followed by the birth of three children. Throughout the seventies supported by her husband Gerard and the extended family she taught mathematics in Lanarkshire before moving to Edinburgh in 1979 to work with Social Services with emotionally troubled teenagers.

Art has always been a great love and in 1995 in partnership with her husband and daughter The Mc Geary Gallery opened in Brussels to promote British art.

During the Brussels Years Mary and Gerard often visited the UK, spending time mainly in London and Canterbury, and in 2006 Canterbury was the place they chose to make their home .