On Tuesday 23rd August Barbara Rogers, Fundraising Manager of CRUSE (the Bereavement Counselling Charity), spoke to the club and appealed to any member who could supply 1 or 2 surplus PCs or Laptops to replace CRUSE's ageing units.  One member (who prefers to remain anonymous) was able to supply two surplus Laptops.  After these had been refurbished and cleared of any confidential data they were ready for handover to the Charity in Whitstable. 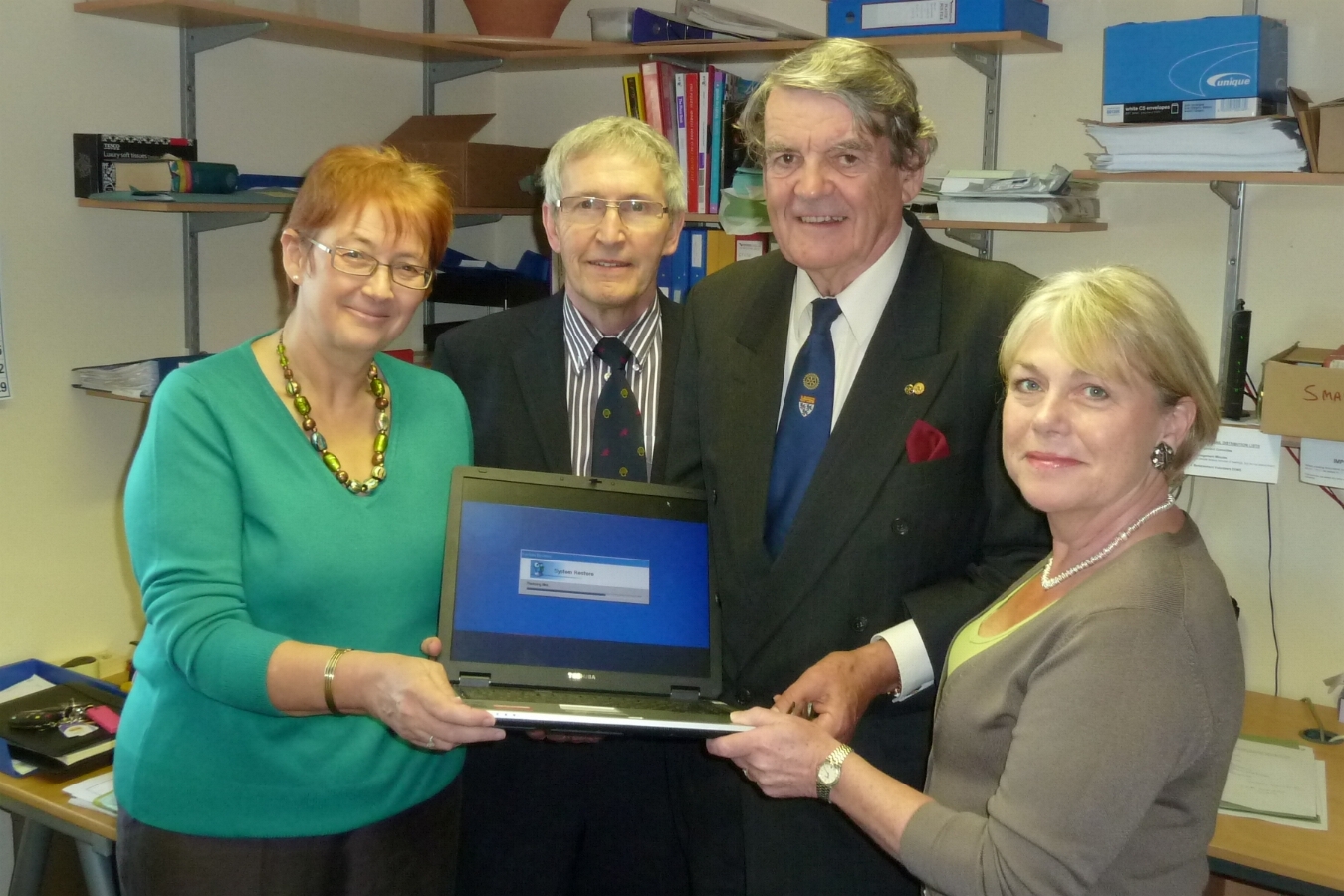 The handover took place on Tuesday 18th October.  From left to right: Barbara Rogers (CRUSE), Robin Hendy and John Hill (IT specialist and Chairman of Canterbury Rotary Club's Community Service Committee respectively) and Olwen Shaw (CRUSE).  The second Laptop is on the desk behind them.