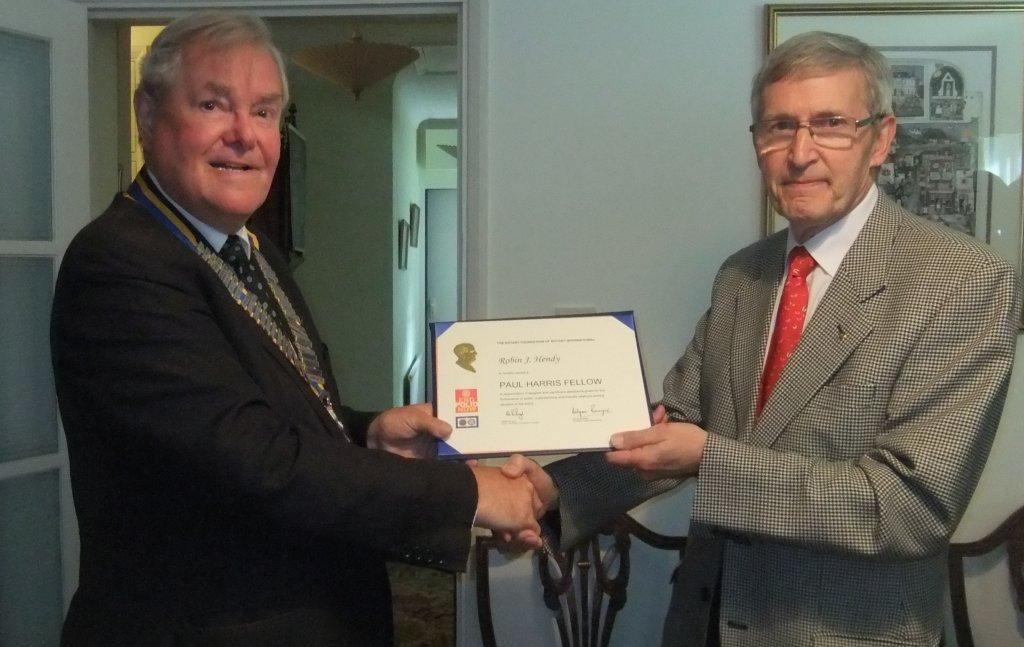 A Paul Harris Fellowship award was presented to Rotarian Robin Hendy at the beginning of the Club’s Safari Supper, one of the last Social Evenings of the Rotary year.

President Harry Cragg acknowledged the great assistance and commitment shown by Robin to the Club as the Club’s Webmaster.  Having served on several of the Club’s major committees over a span of more than 20 years, Robin has used his knowledge to keep the information flowing, both to members and to the wider world of world wide web surfers!  His vast experience of computers has benefitted both the Rotary Club of Canterbury and many of its members!  He previously served as Contact representative with Utrecht, Holland (one of our Pentangular partners).

Photo by Roger Bickerton (click on picture to enlarge)