Guest evening - A kick up the sixties 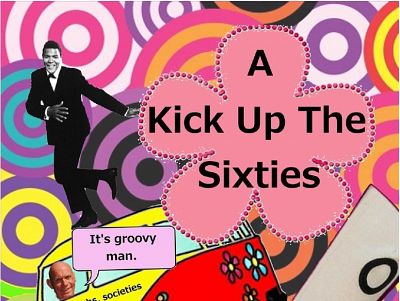 Many Rotarians turned up with their guests for a little bit of nostalgia with Alan Haines and his 'Kick up the sixties' act tonight.

The evening began with a quick fire raffle, hosted by Past President Peter Hermitage and helped by Rtns Wendy Jones and Raj Dasan. It was a great start for us, as we raised more than £140 for our charities.

Alan then took over with his act - opening with some magic, ably assisted from the floor by Rtn Deborah Conolly. With the use of photos, film and sound clips, Alan took us on a trip down memory lane. He mentioned things such as Tupperware and Bri-nylon along the way - which seemed to rekindle memories of Tupperware parties and static electricity among our members! There were a good lot of other memories too, and plenty of familiar faces for those that recalled the 60s. A few TV shows, a bit of music and a few anecdotes thrown in for good measure - all topped off with a neat little card trick. Our groovy 60s fans certainly 'had a gas'!

Picture: A Kick Up The Sixties. Picture Credit: Alan Haines.