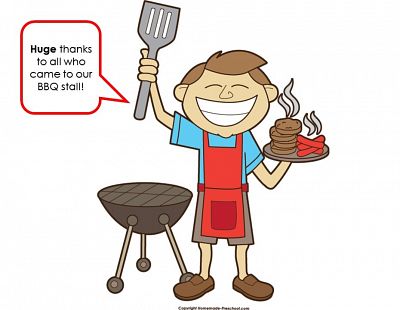 Canterbury Rotary Club organised the BBQ at The League of Friends annual Summer Fair at the Kent and Canterbury Hospital on Saturday 19th August. The club has done this for many years and it was a pleasure to help again. All the proceeds were donated to the League of Friends - a total of £443, a wonderful effort from all who took part (cooking or eating!)

Canterbury Inner Wheel provided a steady stream of customers with refreshments, and overall the fair is expected to produce a profit equalling last year’s record total of over £11,500.

The Chairman of the League of Friends (and fellow Rotarian), Viv Pritchard, said “It was great to see so many people having a good time and supporting their local hospital. The important thing is that we managed to raise a lot of money. All the profits will go towards helping hospital departments to improve patient care,” before going on to thank those that took part.