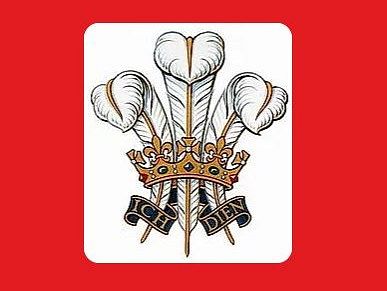 On 19 April several members of our Rotary Club attended a handover of boxing equipment (purchased with a £500 donation from our Club) to The Prince of Wales Youth Club in Military Road, Canterbury.

It’s hoped the equipment (which included gloves, body shields and other sports items) will help support the formation of a new, fully inclusive community boxing club/academy in Canterbury and will add to the many activities that The Prince of Wales Youth Club (POWYC) has on offer for young people.

The POWYC already had a purpose-built gym that can host boxing, but a sudden change of circumstances has led the POWYC to take on this exciting venture its own. It has recruited two experienced coaches who have a great passion for boxing and have been in boxing for over 30 years. Their vision is a boxing club where "young people aged 9-18, regardless of race or gender, can participate in the sport of boxing". They believe that the opportunity to train and improve physical attributes, and the special camaraderie that goes with the sport, can be enjoyed by all – not just those who compete in amateur boxing.

We recently announced that on Friday 25 May 2018 our Club and the POWYC will jointly host a boxing event to raise funds for the Youth Club and for other Rotary Charities. (Details here.)

During the recent visit Rotarians were warmly welcomed by Joey Wicks, Centre and youth provisions co-ordinator of the POWYC, who showed members around the facilities, including the newly refurbished gym.

In a speech Joey thanked us for the donation (given via our Community Services Committee). He touched on how the change in circumstance had turned out to be "a blessing in disguise" for the POWYC. Two of its young boxers will be travelling to Hull for the HULL BOX CUP 2018 in early June, and members of other clubs are already coming to spar with POWYC members.

Joey also spoke about the difficulties the POWYC has faced in recent years, having lost both KCC and Canterbury City Council funding. This has driven the POWYC to think about self-sustainability. He praised the committee, trustees, staff and volunteers who are helping to take things forward. As Joey says: "We get knocked down, but we get up again!"

Our President Sharon Jordan also gave a speech in which she spoke of the close association between the POWYC and our Club (four of the POWYC’s Trustees are Rotarians – two, PP Tim Brett and PP Mike Talbot are active members of our Club, while Phil Abbot is a member of Canterbury Sunrise Club and Jo Nolan, a former member of our Club, is now a member of the Forest of Blean Rotary Club). Sharon thanked David Lowe of equipment company KickSport.com, who sold the boxing equipment to us at a very special price. Sharon commended the work of Tim and Rtn Andrew Barchi, and spoke with excitement about the forthcoming joint boxing event. Sharon finished her speech by praising the POWYC for all it is doing for the young people of our city.

Rotarians other than Sharon, Tim, Mike and Andrew attending from our Club included Bob Anderson, Wendy Jones, PP Geoff Goodban, PP David Barton (Chair of the Community Services Committee), Brian Dobinson, PP John Hill and PP Richard Kemball-Cook. They were also joined by three members from the Forest of Blean Club, David Lowe (Director of KickSport.com), and Thomas James (a senior youth worker at POWYC). David Lowe also presented boxing gloves and gave a 10% discount voucher. Other members of our Club have given donations to the POWYC, including Geoff Goodban who gave four pairs of boxing gloves.

Our Rotary Club has supported the POWYC since it was founded in the 1930s (i.e. between the first and second world wars). Set up to tackle social exclusion, the POWYC now aims to help young people "gain new skills to combat issues they face in their ever changing lives". It provides a friendly, safe environment for youngsters to take part in a whole host of activities through age-appropriate sessions which enhance the development and wellbeing of young people. As well as the boxing, activities include a Junior and Senior Youth Club, play schemes and summer projects, workshops, residentials, community projects, DAPA Dance Academy, judo club, taekwondo club and many others – with new initiatives planned for coming months, including Russian martial arts, peer mentoring and CXK’s Prince’s Trust programme. The POWYC is being championed as a major stakeholder in children’s and young people’s lives.

Anyone wishing to become a sponsor of the POWYC, or any company that would like to support our Club with raffle prizes (large or small!) or buy tickets for the event on the 25 May (or for future events organised by our Rotary Club) is encouraged to contact us as soon as possible at the following address: info@rotarycanterbury.org.uk

Picture: Visitors to the POWYC during the handover. Picture credit: Bob Anderson.