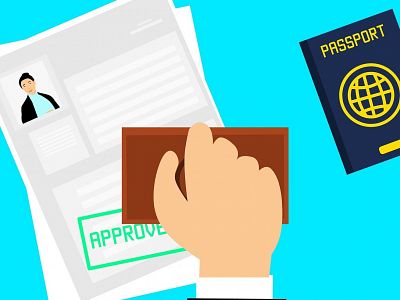 Earlier this month, new member Crispin Rampling gave us an insight into his work as a Border Force Officer at the Juxtaposed Controls in France.

Every time we return to the UK from travel abroad we pass through 'immigration' - but unless we watch programmes about such work on TV, most of us don't know much about Border Force (the law enforcement command within the Home Office that helps secure the UK's borders). It was very interesting to learn more from Crispin, who joined our Membership last year.

Crispin started his presentation with a brief review of his career to date. After a period of working in travel and foreign exchange, he applied to the Home Office for the role of 'Immigration Officer' in 2003. He was successful and commenced his training that July. Following six weeks of classroom learning and a further period of 'on-the-job' training, Crispin was signed off and 'fully unleashed' upon the travelling public in October 2003. His first posting was to Dover and then, in November 2004, the Immigration Control moved to Calais, France, so his work moved there.

Crispin's main duties include interviewing passengers from around the world, checking the veracity of travel documents and 'landing' the passengers appropriately. He also works on the freight side of things, checking vehicles and issuing appropriate penalties to those who have been found with a clandestine entrant or entrants and have been remiss in securing their vehicle appropriately.

Although the topic was serious, Crispin infused his talk with some lighter moments. For instance, in an 'interactive' segment after teaching us about the most easily recognisable features of the human face (something very important when comparing a subject to a passport photograph), he challenged us to test our new skills by comparing a series of celebrities to very close celebrity 'look-a-likes'.  It's harder than you think, but much easier when you know the features to look out for.

I'm sure most of our Members are looking forward to the day that we can all return to travelling again for fun and for leisure - when we'll be able to see Border Force officers like Crispin at work.

To find out more abour Border Force, you can visit the UK Government's website here.

With thanks to Crispin for help with this article.