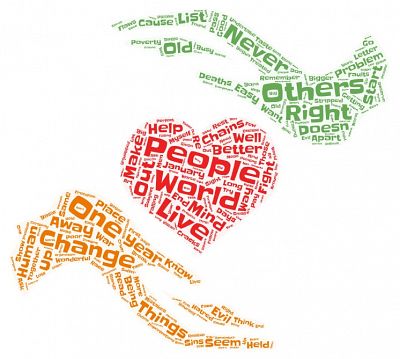 An imaginative and interesting, poetic entry about human rights has won our "Dear Future Self" competition - a new competition that we created this year to help youngsters look to the future and think about their place in the world.

This year has been a year full of changes and challenges - not least for youngsters, who have faced substantial disruption to their education and social lives. In the midst of lockdown, in our interactions with teachers and educators, we learned many youngsters were feeling powerless, struggling to engage with the world, and were finding it hard to look to the future.

In order to help youngsters our Club, through our Vocational Committee, decided to set youngsters a fun, totally new challenge: to write a message to their future selves, based around an issue or a structure of their choice. The form of the message was entirely up to them - they could use anything from the traditional essay format to rap!

The judges were unanimous in deciding the winning entries, and the winning pupils are commended by the judges for their efforts. "It was a difficult decision, as the top 10 entries were all very good and had similar scores," said Deborah. "Most pupils wrote about climate change, and it was heartening to see how concerned and interested young people are about this serious issue."

The final list of winners, with some brief comments about each, is given below:

1. The first prize of £500 was won by Morgane from Queen Elizabeth's Grammar School, Faversham.

Morgane wrote an excellent and unusual poem about human rights that impressed all the judges. The poem, titled "The Right of All Humanity" was to be read in the future by a 30-yearold Morgane. In it is an impassioned plea to get involved in addressing issues of rights and inequalities - for instance, one part goes:

"Remember you are not ever alone

This is not a battle you have to face on your own".

2. The second prize of £100 was won by Lily R from Queen Elizabeth's Grammar School, Faversham.

Lily wrote a heartfelt and well written essay about a beautiful old church in Ospringe and her concerns about the building's slow decay. It's quite clear from her poem just how much she feels for the church's structure, history and place in the community. Forlornly, she writes (to her future self): "By the time that you read this letter, the church will have surrendered itself to nature, and be nothing but the shell of the sanctuary it used to be". A wake-up call, perhaps, to all who care about this building and others like it?

3. The third prize of £50 was won by Jodie, also from Queen Elizabeth's Grammar School, Faversham.

Jodie wrote a very good essay about the risks of ignoring climate change, outlining what people need to do to protect the planet. It's another message in which the author realises that they have a role to play if things are to change. The closing line is: "For the sake of humanity's future, for my grandchildrens' and for you; my future self, I won't give up yet. When I look at myself, I'll ask: Are you doing as much as you can?"

Commendations and £30 book tokens were awarded to the following:

The prizes will be sent to the schools to give out to their students. All the pupils will receive a certificate based on the poster, designed by Jake Leggatt from Queen Elizabeth's Grammar School, Faversham.

Competition organisers/creators, Rotarians Brian Dobinson and Julie Reza, commended all those who took part. "This really was a chance for youngsters to think about their role in society and how they, perhaps, can play a role and influence their own future and that of others," said Brian. Special congratulations go to Queen Elizabeth's School for having so many entries and winners.

We hope that teachers, parents, youth groups leaders and others will pick up on the "future self" idea to engage youngsters with the world around them and encourage them to play an active role in issues that they feel most passionate about.