Lunch talk: Ever Given and the Suez Canal, Don Cockrill 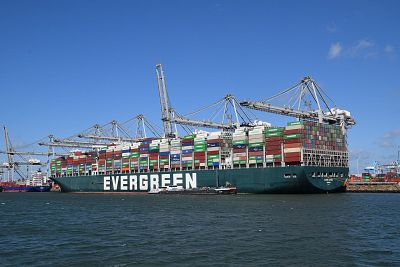 Many of us will remember the debacle in March 2020 when a huge container ship got “stuck” in the Suez Canal. It’s something that still has an impact on people around the world. We were really lucky to get expert insight into the incident from Don Cockrill

Our speaker, Don Cockrill, is a fellow Rotarian at the Rotary Club of Canterbury Forest of Blean, but is also an international consultant in maritime pilotage. One of his specialties is "Human factors in maritime operations, accidents and accident prevention." In 2017 he was awarded an MBE for voluntary services to UK pilotage and the ports industry.

During his career, Don has been heavily involved in all sorts of piloting, at both national and international level. He is well known in the piloting and shipping world, so it was no surprise that, 2-3 days after the Suez incident, he was asked to work with lawyers for the shipowners.

Don was able to share with us his insight into what happened on the 23rd March 2021, while pointing out that all the material he was sharing with us was available in the public domain.

The presentation - titled "A Maritime Thrombosis" - was interspersed with graphics and pictures/video clips illustrating the various points that he made. He gave us some background on the Canal and context to the incident, touching on the history of the canal and the various factors at play.

It was a fascinating talk that led to a lot of questions from the audience, several of whom have an engineering or shipping background. President Elect Tony Loughran gave a vote of thanks and Don was given a warm round of applause.

The Ever Given container ship © S.J. de Waard / CC-BY-SA-4.0 (via Wikimedia Commons)