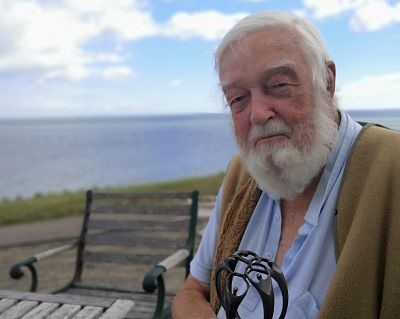 One of outgoing President Neil Fraser's last tasks for his Presidential year was to present the Club's “Friendship, strength & energy” award to Past President David Barton.

David is currently Chair of our Community Service Committee; he also heads the President's Events Committee, and it is for his work on that Committee that Neil gave the award. David has helped Neil organise a variety of events, giving happily of his time. "I really appreciate David's help," said Neil. As if by magic, by the end of the meeting the award had appeared outside David's doorstep; we were delighted to see soon after that David had sent us a picture of himself sitting with his award as he enjoyed some time out near the seaside.