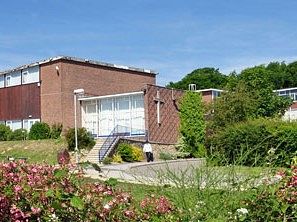 Club members got a chance to help Archbishop's School, in Canterbury, conduct mock interviews with students earlier this week.

Mock interviews are an important part of getting youngsters ready for the real thing, so members of our Club were happy to help when Archbishop's school approached our Vocational Committee for assistance last year. So on the 29 January three of our Rotarians (Leslie Stephenson, Viv Pritchard and Brian Dobinson) spent the morning conducting mock job interviews with several 16 year olds from the school.

Each Rotarian interviewed four candidates (who had prepared CVs and letters of application) for imaginary jobs. In fact in one case the jobs were in areas in which the candidate really wanted to work.

Each interview lasted 5 - 10 minutes, and at the end the candidates were asked if they wanted to ask the interviewers any questions. Members of the school's staff conducted similar interviews simultaneously with the Rotarian interviews.

There was a de-briefing session after the interviews with Catherine Edwards (the teacher who had set up the event). Our members all felt that they had enjoyed the experience and had been been able to pass on useful knowledge to the mock interviewees. Hopefully the youngsters will be ready to face real interviewers in future.