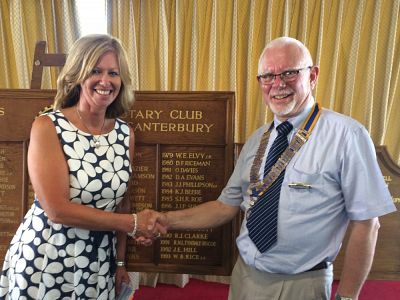 President Martin Ward welcomes Joanna (Jo) Nolan as he inducts her as the newest member of Canterbury Rotary Club.

If you look closely at the list of Past Presidents of the Club you will see the name of Joanna’s father, the late Derek Evans, President from 1982-1983. 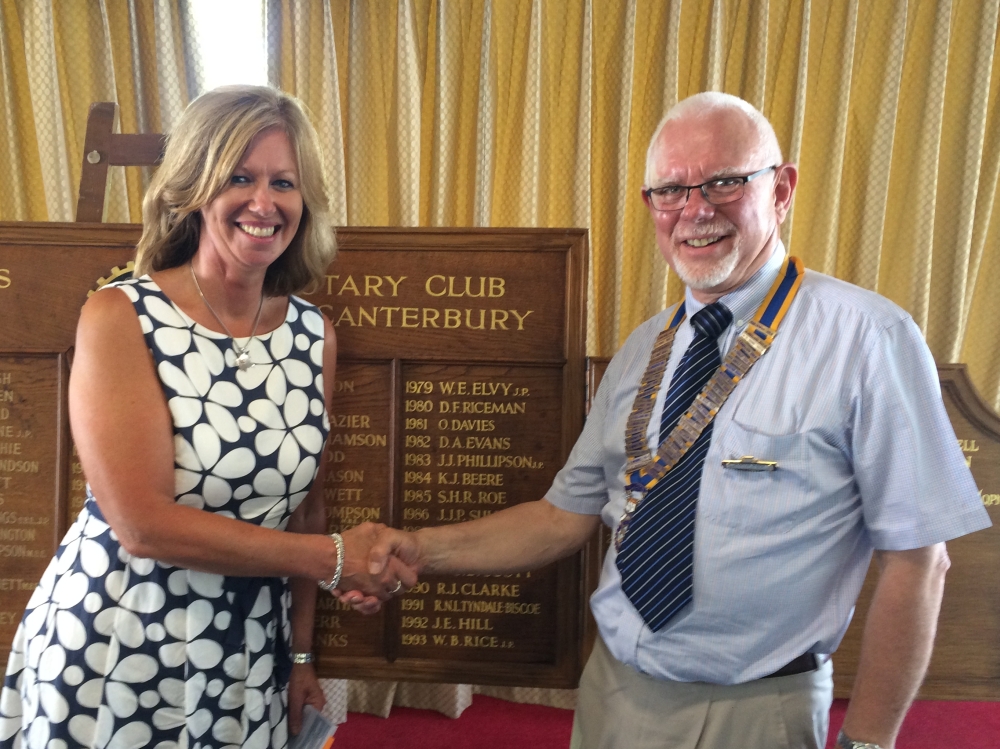 Jo is a Canterburian who is delighted to be joining a club where her father was president in 1982.

Having attended school in Canterbury she headed to London to complete a science degree. Following university she worked for over 20 years in the pharmaceutical industry, in sales and marketing and was proud to have completed her MBA through the Open University. Jo then moved to healthcare and has worked in the NHS and independent sectors and is pleased now to have returned to Canterbury as Executive Director of The Chaucer Hospital.

She is married to Paul and has 2 sons, Sam and Alex, plus two spoilt Jack Russells. Jo and Paul are keen scuba divers having first discovered this amazing pastime 8 years ago. Jo also plays the saxophone and is an enthusiastic member of the Ashford Concert Band.