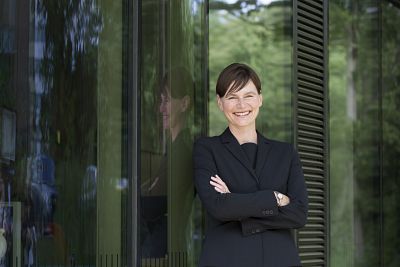 Our members were privileged to hear from Professor Karen Cox, Vice-Chancellor & President of the University of Kent, at our meeting yesterday. During her talk Karen touched on current challenges and several interesting initiatives at the University.

Karen’s stimulating talk followed on nicely from the recent talk by the Dean of the new Kent and Medway Medical School (KMMS), Chris Holland. It’s clear that both have an exciting vision for the future of their respective institutions and are well aware of the important roles these institutions play in the communities in which they are placed.

Karen was introduced to us by Speaker’s Secretary and PP Alan Forrest who, as well as outlining Karen’s impressive career history, reminded us how central the University is to local life and the economy. The University currently has approx. 20,000 students at Canterbury, Medway and Tonbridge, with additional study centres in Europe. Development of the new medical school further enhances the University’s place in higher education and its importance to the local community.

Karen is a prime example of how people from all types of backgrounds can be successful in academia and in their careers – she epitomises the very principle of ‘wider participation’ in higher education that both she and Chris Holland espouse. Karen had relatively humble beginnings in a non-academic family, growing up in Pudsey, a market town just outside Leeds. Her father initially worked in the foundries while her mother did clerical work; later, a change in her father’s circumstances led the family to move to the Yorkshire dales where her father took on a variety of jobs while her mother worked as a cleaner. Karen credits her parents for instilling her with an ambition to do the best in life – while continuing to be human, kind, honest and maintaining good values (something that resonates somewhat with Rotary’s four-way test).

As a youngster, Karen had considered a career in laboratory science, but whilst doing work experience at a hospital she became gripped by working with people. As a result, she chose to study nursing at King’s College London, graduating from there with a BSc (hons) and Registered General Nurse qualification. She later became interested in cancer and palliative care and went on to work in related roles in a number of places. She also completed a community health qualification at Oxford Brookes University.

As her career progressed, Karen found she wanted an additional intellectual challenge. This led her to undertake a PhD at the University of Nottingham in oncology and palliative care – a course of study funded by the Cancer Research Campaign (now Cancer Research UK). Subsequently, she went on to a study fellowship at the University of Pennsylvania in the USA before returning to Nottingham to become a lecturer and later a professor. Thanks to the University of Nottingham having additional campuses in Malaysia and China, she got to experience education and research in different environments. She continued to receive funding for her research from cancer charities and the NHS.

In 2002, Karen was asked to take on the role of head of the School of Nursing at the University of Nottingham. She joked how she started with a 6-week interim post which became one year and then five years! In due course, Karen moved up the academic leadership hierarchy and was appointed Pro Vice-Chancellor and subsequently, in 2013, she became Deputy Vice-Chancellor.

In all, Karen was at Nottingham for 23 years. It’s clear that the University still has a special place in her heart.

When the role of Vice-Chancellor at the University of Kent arose, Karen came down south to explore the campuses at Canterbury and Medway. She really liked the mix the two provided and the fact that the University was established in the 1960s, at a time when the value of higher education was starting to be truly appreciated and universities were blossoming. (She is fortunate to have met members of the first 500 batch of the University.) She also appreciated the University’s wide spread of activities – covering science, social science, arts and humanities.

Karen’s positive impressions led her to take on her current role which she says keeps her very busy and which she enjoys greatly. However, she pointed out that higher education is facing big challenges at present - particularly because of austerity and uncertainty associated with Brexit. Karen has seen the introduction of student fees during her career; while recognising the burden on students she noted how the standard £9,000 fee has not changed since 2012, which has created additional challenges for universities around the country. As covered in the media, the University is struggling financially at present. This has meant a close look at staff costs against an expanding sector and increasing competition with Russell Group universities.

There are also other challenges. Currently, there is a ‘demographic dip’ in the country, in that there is a decrease in the number of people aged 18-21 years. This dip means that all universities, with the possible exception of Oxford and Cambridge, are now competing for the brightest and best students from the UK and around the world. Although the University of Kent recruits well from London and the South East, the fraught atmosphere around Brexit has not helped recruitment from further afield.

Also, while the University retains its strong social science background, Karen highlighted how there are fewer students now studying the arts at A level – which has a knock-on effect for all universities that offer the arts. This is an area of excellence at Kent and one that the University wants to protect. Growing areas at the moment are engineering, medicine, and science (the biosciences, physics and chemistry). These shifts are all things that the University needs to consider when thinking about future funding and recruitment.

As a result, Karen has been working with her colleagues to decide on priorities and also on ways to make the University the first choice for prospective students. The University needs to highlight all the reasons to come to study in Kent, of which there are many. For instance, there is emphasis on the wide range of backgrounds of students, the strong support given to students, the varied facilities at the campus (the Gulbenkian and the Colyer-Fergusson Hall are very familiar to our members), the quality of research, research-led teaching, good employment opportunities, excellent ties with the community and even the beauty of being based in Canterbury or Medway and living in Kent.

Karen is particularly keen to increase the profile of maths, physics and science among young women, and wants to emphasise interdisciplinary activities and work. She feels that bringing medicine to the campus will be a catalyst for boosting science and interdisciplinary activity across all their subject areas, making the University even more attractive to national and international students; she reminded us how international students are an essential part of diversifying income streams as well as academic communities, so it’s important that they see the UK and studying at Kent in a positive light. These international students in turn become ambassadors for the University – if they enjoy their studies and their time in Kent, they go back home and encourage others to apply.

The University also has an active schools outreach programme, for instance with the Brompton and Chatham Grammar School for Girls (CGSG). This programme builds links between the schools and both undergraduates and postgraduates at the university – through enrichment clubs and other activities. Karen spoke of how, as part of widening participation, the University will be working with cohorts of children from primary school onwards to encourage them to consider careers such as medicine. She also pressed the importance of thinking ahead – "it’s not just about aspiration, we also need to emphasise and support attainment".

Karen also believes the University needs to think about how to encourage students to its postgraduate programmes at a time when many are concerned about taking on additional debt. She very much sees the University as developing a "talent pipeline", with its students going on to be the academics and industry and sector leaders of the future.

Looking to this future, Karen spoke of the importance of blended learning and the digital classroom – with increasing emphasis on "clicks as well as bricks".  She feels that higher education may change in future as the population ages and thinks that universities will no longer just be seen as primarily for those aged 18-21 years, with initiatives such as professional training and life-long learning becoming increasingly important.

Karen and colleagues at the University are presently working with Canterbury City Council, Kent County Council and other organisations, such as Visit Kent, to present Kent in a way that will help attract the most talented youngsters from the UK and around the world. She ended her talk by reminding us all of the important role of the University – not only does it help build the future workforce, it also helps create jobs here in Kent while also contributing to the wider public and social good. This makes it particularly important for community organisations such as ours to engage with the University and help promote it to others.