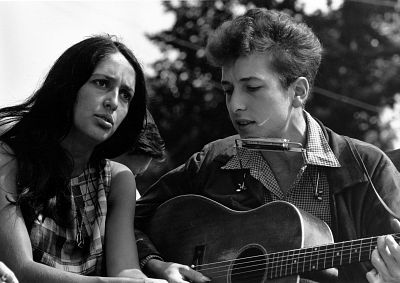 With the subtitle "We Gotta Get Out Of This Place”, one of our Past Presidents, Peter Hermitage, gave members a musical history lesson when he gave a presentation on "The Vietnam War and its music" at a recent meeting.

Peter began his presentation by playing the 1965 hit song “We Gotta Get Out of This Place” by the Animals, telling us that this song became an anthem for many United States soldiers during the Vietnam War. (Of course, the notion that we need to "get out of this place" still seems to hold very true today, given the effects of the coronavirus epidemic all around us.)

Peter gave a brief synopsis of the history of the war. It was, we learned, a conflict in which soldiers shared the soundtracks of much protest music with those back home. At the time there were many disparate groups that wanted to exit the troubles of the country – the French after World War II, U.S. politicians, the American public, GIs ... and even military leaders.

Vietnam was a divided country with an imperial past, where American involvement had progressively increased during the eras of three successive Presidents: Eisenhower, Kennedy, and Johnson. Operation Rolling Thunder (an American aerial bombardment in Vietnam in March 1965), casualties of U.S. troops in the field and the apparent inability to have any decisive victory had led to public disillusionment in homeland America, particularly following the Tet offensive (a series of attacks by Northern forces on South Vietnam).

Even when President Nixon came to power and espoused the hope of peace, the fighting continued and protest music voiced antipathy towards political policies. The songs of folk singer-songwriter Tom Paxton were direct commentaries on President Johnson’s lack of honesty, the drafting of young men into the military and the effects of the war on GIs.

Aretha Franklin’s popular recording of “Chain of Fools” was used as criticism of the military chain of command. Country Joe McDonald, (a former member of the U.S. Navy turned singer), wrote and sung about the likelihood of death for those serving in the military. A recording was even made of ciivil rights leader Martin Luther King’s speech in 1967, in which he linked what the U.S.A. was doing in Vietnam to civil rights abuses in his home country.

Peter played extracts from a number of pieces of music - some familiar, others less so - to illustrate the points that he made. The final musical irony, he told us, was the playing of “White Christmas” on the radio by U.S. authorities to forewarn American personnel of their evacuation from Saigon in April.

Peter's thought-provoking talk was followed by a discussion about the influence of music during the war and on what could be learned from the conflict. The meeting allowed members to consider or reflect on whether the war had been in any way worthwhile.

With thanks to Peter Hermitage for helping to write this article.