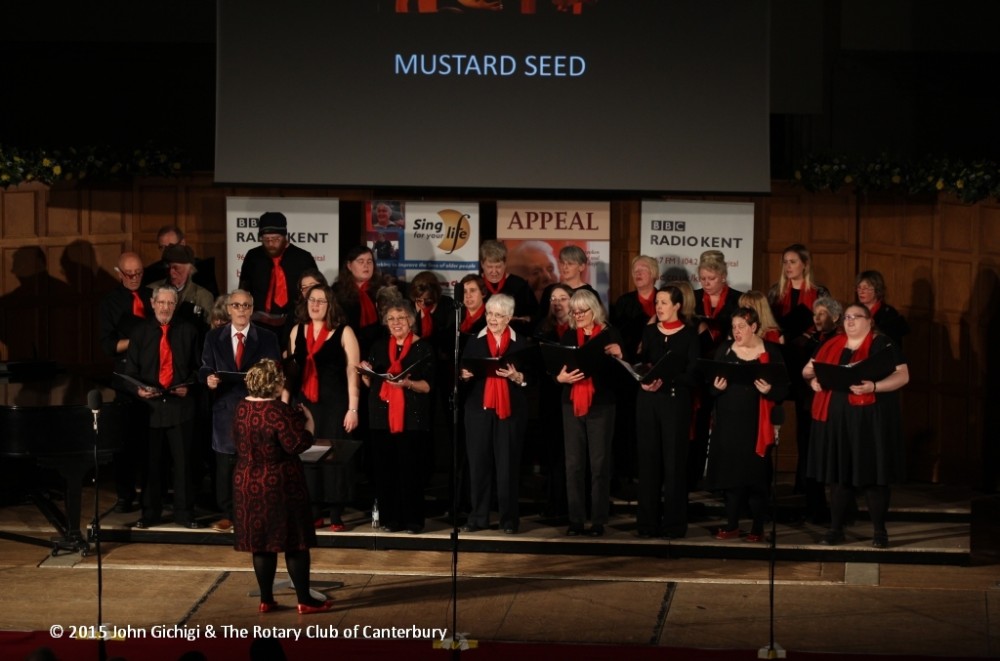 Mustard Seed Seed Singers is a choir founded eight years ago, primarily for people with mental health problems and others who feel that singing benefits their well-being. Elle Caldon, their Director, has brought the choir up to a really high standard.

The choir has performed all over Kent and opened our Top Choir Concert this year.
Canterbury Rotary has supported them on several occasions in the past, which the Singers website acknowledges.

The concert was a combination of the choir singing a range of items from 'Les Mis', Beatles, Hebridean love songs to spirituals coupled with virtuoso performances from Elle's brother Alex Caldon on trumpet and Alexandra Reid on violin. The latter are professional musicians playing in major national orchestras and for TV and films.

One item they played, Meditation by Massenet with its lilting violin, coupled with combination of trumpet, brought the audience to its feet.

Those of you who missed this concert, make sure you don't miss the next Mustard Seed event, you won't regret it.