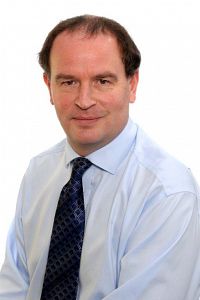 It is with great pleasure that we announce that another new member, Neil Fraser, has been inducted into our Club.

Neil initially joined Kent County Council as a Geotechnical Engineer in 1980 and then joined Atkins plc in 1989. Whilst employed by Atkins he developed a 280 strong team of engineers and environmental scientists working on the remediation of contaminated land, waste management, mining remediation works and the resolution of ground and environmental-based problems for a wide variety of infrastructure projects.

He is a Chartered Civil Engineer and Fellow of the Institution of Civil Engineers. He was also a part-time lecturer on the MSc course in Foundation Engineering at Birmingham University.

He is married to Biddy and they have a son (Simon) and a daughter (Kate). Neil has a keen interest in modern history and he is a member of the Ramblers walking group. He is also a PADI Advanced Scuba Diver and has completed over a 100 dives around the world.