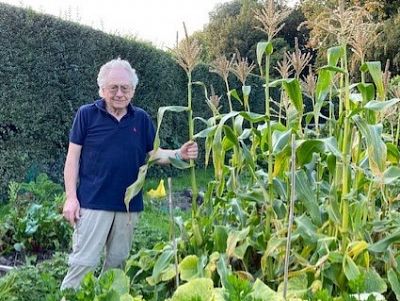 We have all heard about the rise in domestic violence as a result of the lockdown and it's good to know that charities such as Rising Sun are still at work trying to help those that are affected.

Rising Sun is a Canterbury-based charitable domestic violence and abuse service that our Club has supported in the past.

Covid-19 and its associated lockdown has had a two-fold effect on the charity - firstly, there is an increasing demand for its services (such as its counselling service); at the same time, the usual fundraising activities that the charity or its supporters carry out have not been able to go ahead. On top of this, the charity has had to change how it carries out its work so that it works in line with government guidelines on social distancing. The UK Government has also updated its guidance on support for victims of domestic abuse, in light of Covid-19.

One of our members, Past President Richard Kemball-Cook, is a regular volunteer. Richard is a part qualified psychotherapist and usually volunteers at the Rising Sun’s After School Clubs in Canterbury and Ashford.

Richard was very pleased to hear about the new Domestic Abuse Bill. "It was good to see our local MP, Rosie Duffield - who herself has spoken out of her own experiences - talking at the House of Commons the other day." (Rosie spoke to our Club some time ago).

Richard is pleased to be able to help the Rising Sun through volunteering. Here we reproduce a recent article by him that was included in Rising Sun's Annual Report.

"As a volunteer child mentor at the after-school clubs, I’m always surprised that as such an awful goal keeper the children want to keep on shooting at my open goal, they want to play endless games of tag when I always seem the one who is caught, and climb forbidden low trees with such a delight with an adult below merely watching closely for their safety. The giving of unwavering interest in the successes and set backs of their day at school as they devour the jam sandwiches we keep on making seems to delight them. Yet the questioning of whether some incident or other might have been done differently is accepted for discussion.

These youngsters will all have experienced trauma at home as the relationship between parents disintegrates over time and they see violence between those they love. The immediate consequences are behavioural problems at school with peers and teachers, degrees of feeling responsible and lack of confidence. The longer-term consequences can last a lifetime.

During our games of football we discuss events, feelings, despairs and strategies; the games of tag encourage fun interactions between adults and children in the same situation as themselves. It’s a place where they are wholly accepted and respected; there are no angry words and no shouting.

Two memories in particular stand out from my time volunteering. Firstly, a young girl and I were playing a word matching game in silence. She suddenly said, “I hate my father” and then was silent again. She obviously felt safe enough to say this to me - and this is one of the prime purposes of the group. [To get children to open up about their feelings of being abused.] The second was when the group [I was supervising] was working with a quiet hum. I looked across at two brothers who had goaded each other earlier and I saw a serious fight developing: I told them off - as I might have done to my two boys at that age. For a moment the group went very quiet, the children looked up with fear in their eyes as the spell had been broken with this reminder of incidents at home. Luckily, the moment passed as the brothers settled down to their activities and the hum quickly came back. But it was a reminder of the trauma these youngsters suffered and the ease with which their memories of abuse can be triggered."

To learn more about Rising Sun's activities or give a donation towards their work, click here.