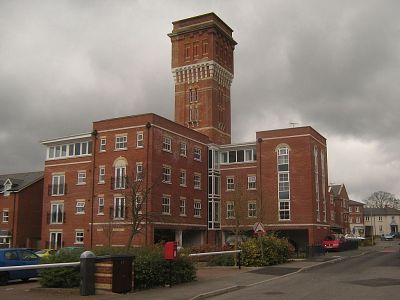 Canterbury locals are well aware of the the history of St Augustine's Hospital, yet many of our members were fascinated to hear more about the history of the site from Tim Clark, who spent several years working there.

Tim is a registered Mental Health Nurse who is now a Senior Lecturer in the Faculty of Medicine & Health at Canterbury Christ Church University. He started nursing in 1972 and worked for many years at St Augustine's Hospital in Chartham - starting as a student nurse, then a staff nurse and eventually becoming a charge nurse. Interestingly, he met his wife there and he now lives not far from the site. Tim gave us a good flavour of his time there by showing pictures and sharing some anecdotes from then.

St Augustine's Hospital has always been quite an impressive sight, but it was a revelation for some of our Members to learn just how expansive the actual site was - "at its peak it was a self-contained village," Tim told us, "with an environment made to ensure that its patients were kept active".

The hospital was built as a therapeutic unit for mentally ill patients in East Kent. It was designed by London architects Giles & Gough on a 120-acre site. The hospital was finished in the late 1800s at a cost of around £211,000 - today Tim estimates the cost to be around £24 million! Initially, the hospital was built to house 870 patients but it gradually got bigger. Why was it called "Kent Lunatic Asylum No. 2"? Apparently, "Kent Lunatic Asylum No. 1" was built at Barming Heath (and, curiously, with the same design as Canterbury prison.)

Tim moved to Kent in 1974. At that time the main hospital was formed of traditional "blocks" - with the left side for male patients and the right side for female - the two would rarely meet. In fact, there was a door with a special key to go from one side to the other. (Tim calculated that in today's currency the key would cost the equivalent of over £100.)

Tim later became a charge nurse based at Oak House. The hospital was vast then - as Tim showed to us by sharing site plans and maps over Zoom. Not only was there plenty of space for patients, (with wards named after plants such as cedar, clematis, elm, lilac and larch), but a School of Nursing, Postgraduate Medical School, Library and Conference room also existed on the site. The hospital had its own fire station, church, graveyard, butcher, baker, farm, workshop and gas works; it even had its own band and cricket team! There was a staff restaurant, social club and a separate print shop (for all the forms etc. needed at the hospital). There was also an acute ward and an operating theatre - for patients who were also physically ill. In fact, people from outside the hospital would often choose to have their operations (such as a hernia repair) carried out there as the wait was shorter.

At that time there was a big laundry where many patients worked. In fact, occupational therapy was given a lot of value and had a lot of space dedicated to it - from a place for art therapy to a special industrial unit. Male patients often went to work on the farm while the females worked in the laundry or as seamstresses.

In later years a purpose-built school was created for patients from the adolescent unit (who were taught together with some youngsters from outside the Hospital). In the 1990s a tennis court was added. Riding for the Disabled was also based there.

From 1920-1948 the building served as Kent County Mental hospital; in 1948 it became part of the then new NHS. By then it spanned 300 acres and was known as St Augustine's Hospital, with residencies for over 70 staff. At its peak it housed more than 2,000 patients. The hospital closed in 1993.

All of this was situated in the middle of extensive gardens with lots of trees. The drive was lined with beech trees, many of which got uprooted by the great storm in 1987 - Tim showed us pictures from the time. In more recent years the site has seen some quite major changes since its end as a working hospital.

You can learn more from Wikipedia, here.