Following last year's success there was a second Trolley Dash at Morrisons on Sunday 27th September to supply goods for Canterbury Food Bank. The trolley dash team on the right (Emily and Mary) are from the Canterbury Rugby Football Club Under18 Ladies Team. 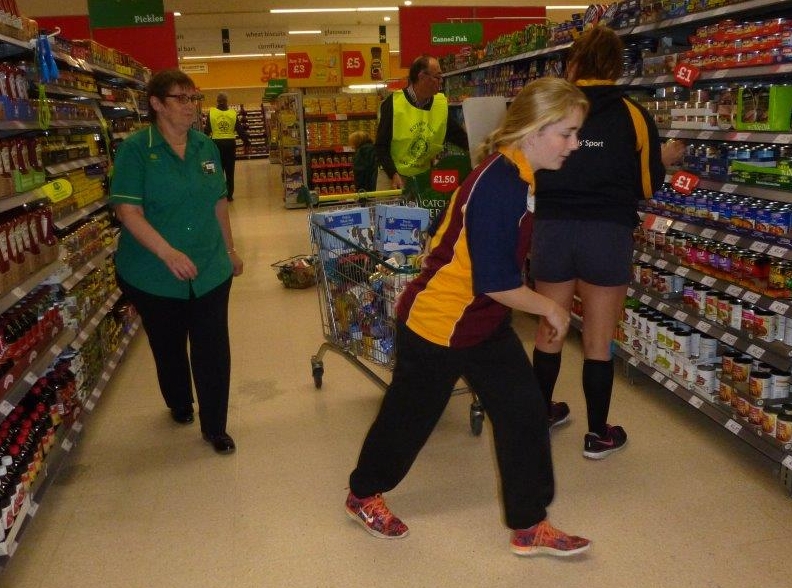 Photos by Jenny Anderson - click or tap images to enlarge 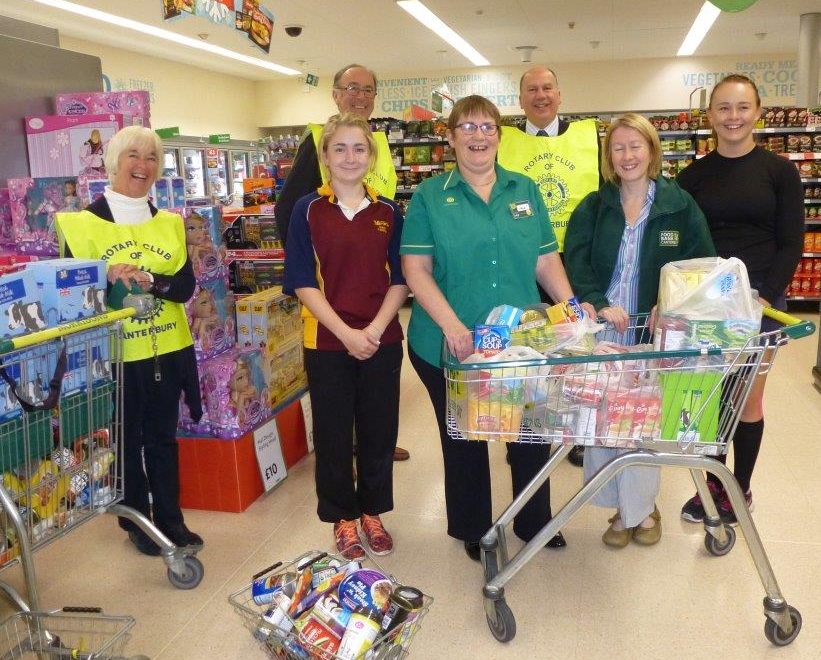 The Food Bank was represented by Claire Murphy and Angela Gardiner. Rotarians Mark Rosen, Gill Dixon, Alastair Scott and Bob Anderson helped the Food Bank by not only organizing this trolley dash and paying for the food but also helped the trolley dash team by running through the store and helping collect the food. 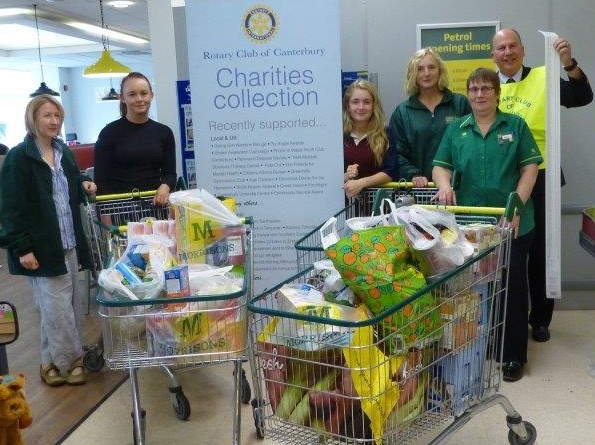 Look at that Checkout till-strip after a five-minute dash! Four trolleys of food were collected which was given to the Food Bank to help those in need.

NOTE: The final bill for the trolley dash was £584 and the prize of a bottle of wine was given to Sharon Jordan the winner of the sweepstake to guess the bill. The sweepstake itself raised another £44.00 which Mark and his wife used to buy more food for the Food Bank.

Morrisons was represented by Jane Oliver, Morrisons' Champion Community Officer. Morrisons donated a trolley of food for the Food Bank at a cost of £67.00