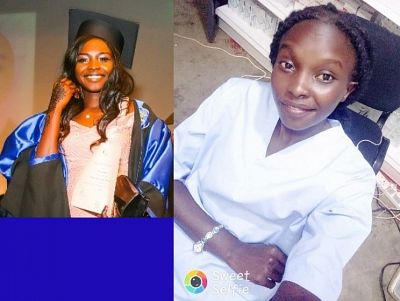 Over the last few years our International Committee, together with fellow Pentangular Clubs (the Alliance of five European clubs, of which we are a member), has helped support a Secondary School Project in Juba, South Sudan.

The project was one of Past President Margaret Griffin's charities during her presidential year, and aimed to help provide schooling to underprivileged youngsters. Moreover, the Juba Diocesan Secondary School was unique when it was set up because it admitted both boys and girls.

Secondary education in Africa is not free, and poorer families often need help. Such education starts at about the age of 15 years as "basic" education has to be completed first. At the time that the Juba school was set up it was not unusual for many girls to be married off (often, in poor families, for financial reasons) at a young age (sometimes as young as 10 years) - meaning they never had the opportunity to have secondary schooling.

Not only was the Juba School open to accepting girls, their intention was to enrol an equal number of boys and girls each year. This has been now been successfully accomplished.

We have kept close contact with the school, which has been doing very well. In fact, Margaret was due to travel out to South Sudan just before the coronavirus pandemic.

Our Club has covered a number of bursaries for students, with individual Rotarians supporting a few more. So it was very nice today to get an update about one of the school's students - not one covered by our bursaries, but we hope our students will do just as well.

The student in question, Lavina, received as bursary as one of a number awarded by the Headmaster to children from poor families in Juba. In Lavina’s case, the bursary was paid for through a donation by a doctor in the UK.

Lavina was a diligent student and passed her School Certificate with high grades. She went on to study at university in Cairo, where she graduated in Nursing. Following the death of her mother, Lavina returned to Juba to look after her family and is now working at the Juba Medical Clinic, where currently some Covid-19 patients are being treated.

Such updates on former students from the school are very important. Lavina herself sent the information to her donors because she wanted us to enjoy her success. But hers is not the sole success story - there are many.

Last year, when Margaret was waiting in Juba to board her plane back to the UK after a trip to the school, another charming young woman tapped her on the arm in the waiting area. The young woman recognised Margaret and told Margaret that she was (at that time) in her final year at Kampala University studying Engineering! Not only was she educated in a co-educational secondary school, but she was holding her own in a traditionally male dominated field at a co-ed university! She too had been a bursary student - that is, one of the "clever but poor" group that entitled her to be a such a student. Boys in this category also succeed - but they are "expected" to do so, which makes the girls achievements more of a very pleasant surprise!

We wish Lavina and her fellow students well in their future careers.

Picture: Lavina, one of the students from the Juba School. Picture credit: Lavina. (with permission)