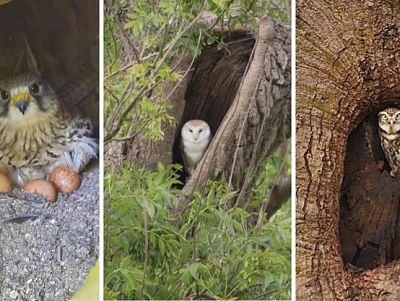 Godmersham Park Estate is a 900-acre estate lying on the North Downs that is the base for a number of important conservation projects in the local area. We were pleased to hear from Estate Manager and conservationist, Ben Palmer, about some of his work.

The pretty village of Godmersham lies between Canterbury and Ashford, just off the A28. Godmersham Park is a mixed residential and rural Estate split relatively evenly between woodland, arable farmland and downland grass. It is known for its links with Jane Austen’s family and it is said that Jane Austen’s novel “Mansfield Park” was based on the Estate.

Ben has worked at the Estate since 2015 as its Estate Manager. His chief responsibilities include the day-to-day management of the residential and commercial property, the farm, the shoot and the business’ seven full-time members of staff. His role also includes overseeing the Estate’s extensive conservation work that aims to redress the devastating impact that modern agricultural practices have had on local flora and fauna.

Whilst it may sound contradictory and came as a surprise to some of our Members, there is a very important link between shooting and conservation at Godmersham Park. Creating the habitats for the shoot’s pheasants and partridges, coupled with the provision of food throughout the year as well as predator control, creates the basis for the conservation work. Funds from the shooting syndicate enable the Estate to pay for a full-time gamekeeper; this means that the gamekeeper is able to devote what would be “quiet” months to extending the conservation work. Without the shoot there would simply be no gamekeeper and significantly less conservation work.

Using funding from the UK Governments Countryside Stewardship Scheme, supplemented from income from the shoot, the Estate’s gamekeeper and others have utilised a three-point plan to encourage new populations of insects, birds and small mammals. The key aspects of this plan are:

In his talk, which was illustrated with photos from the Estate, Ben described the development of new areas of mixed woodland, field boundaries, hedging and feeding points principally aimed at the pheasants and red-legged partridges reared for the shoot; this also massively benefits small farmland birds such as tree sparrows and finches.

Godmersham Park has also started special projects to encourage a number of species back to the Estate and has had success with an area of wetland where a colony of lapwing’s has been established. Other projects have seen new sites prepared and occupied by other endangered species such as barn owls, kestrels and little owls. Even the grey partridge has made a reappearance, benefiting from the measures introduced for their red-legged cousins.

Ben and his colleagues are justly proud of what they’ve been able to achieve at Godmersham Park, now seen as a leading example of wildlife conservation for other estates and farms to follow.

At the end of Ben’s talk there was opportunity for questions from the floor, followed by a vote of thanks from our President Stephen Thompson.

Picture: Some of the birds helped by the conservation activities. Picture credit: Ben Palmer/Godmersham Park Estate.

With thanks to Maxine Blades for assistance with this article.