Our bookclub: Hamnet by Maggie O'Farrell 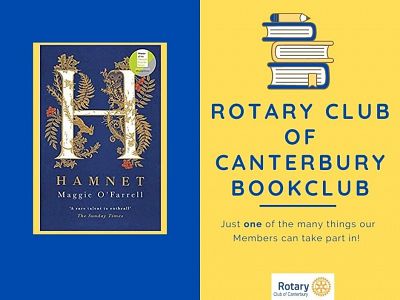 Once again we share a synopsis from our recent Members' bookclub - this time on Hamnet by Maggie O'Farrell.

The setting: Warwickshire -  a town identifiable as Stratford on Avon.

What's it about: A boy (who is never named but variously referred to as the tutor...the husband...the father) falls in love as a teenager with the much older Agnes when he visits the home of her well-to-do father to teach Latin to her younger half-siblings. She fascinates him with her kestrel, combination of illiteracy with knowledge of the countryside lore, and herbalism. The two have a shotgun wedding followed by the birth of twins - Hamnet and Judith. When the father is away pursuing his important career in London and the mother is busy collecting herbs, the girl is struck down by what turns out to be the plague; the frantic boy cannot find help. Full of self-guilt, the boy wills himself to take his sister’s place and dies, while she survives, a sickly invalid...

Based on the life of William Shakespeare's son.

Please note: all comments and opinions are from our bookclub members and are not the views of the Rotary Club of Canterbury, nor are any of the books mentioned endorsed by the Club. Imagery is used under the terms of fair use for review. Publisher: Tinder Press (Published April 2021).