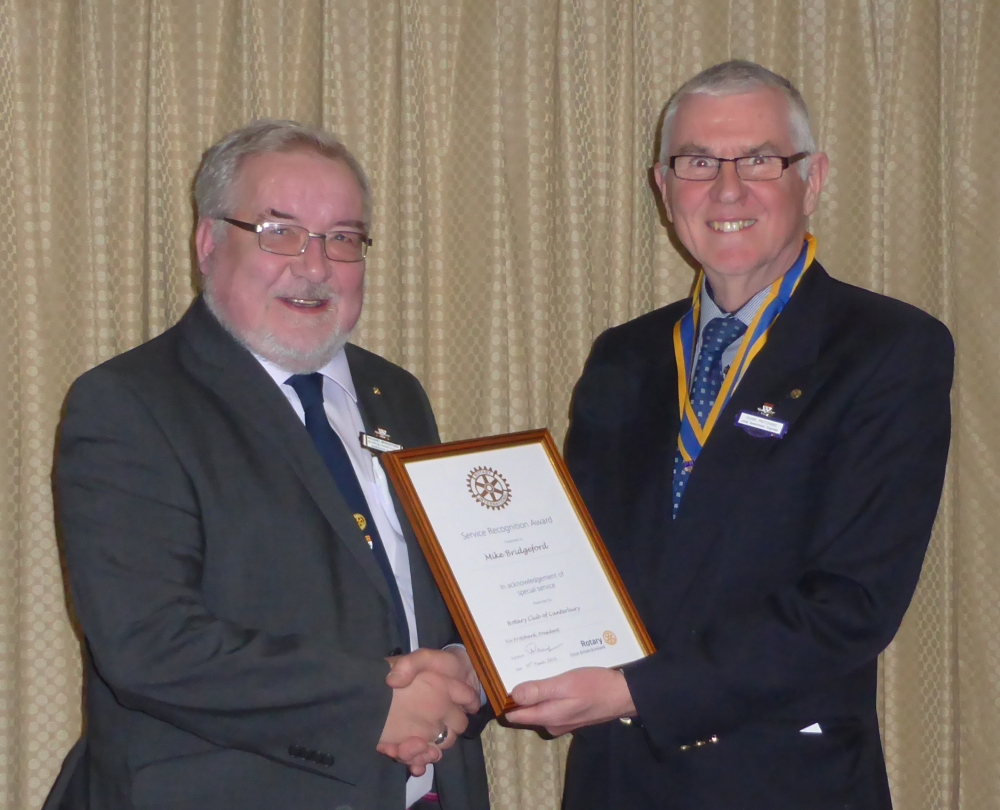 For his work with Catching Lives (a Canterbury charity supporting the homeless and vulnerable), the Rotary Club of Canterbury has given Mike Bridgeford a Rotary Service Recognition Award.

Mike has had a long and distinguished career with the Rotary Club of Canterbury. He was Club President 20 years ago and went the extra mile to serve on the District Committee. He will be remembered in the club for the hands on way in which for many years he ran the Ambassadorial Scholarship scheme for international students sponsored by Rotary to study at university in Canterbury.

Mike is in his early seventies and has retired from his directorship with Coombs the builders. For the last 10 years he has spent more and more time working for the homeless with Catching Lives. In 2006 he was appointed a Trustee of the charity with special responsibility for building construction. He was heavily involved in getting the core funding on a satisfactory basis during the last few years.

In 2014 he retired as a Trustee after 9 years, but continues as a very active Volunteer. He collects donations of food from Macnade Fine Foods in Faversham several times a week. He transports the bedding for the homeless between the various local churches providing overnight shelter during the coldest weather. He is a regular visitor to the Day Centre in Station Road East.

Mike Bridgeford’s dedicated work has made a difference for the homeless in Canterbury.