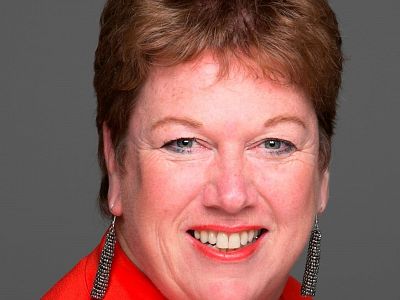 Our Members were pleased to welcome Rosie Turner, Director of the Canterbury Festival, to our meeting the other day and to hear her talk about the Festival entitled: “New challenges & prospects”

Billed as "one of the most important cultural events in the South East", the Canterbury Festival is an annual International Arts Festival that takes place each October. This year a range of things - from poetry to a baby disco - is on offer.

With 21 years of experience of working for the Belfast Festival behind her, Rosie Turner arrived in Canterbury in 2003 ready as director to accept the challenge of engineering a major expansion of the Festival.

Over the years the Festival team set about widening the appeal of the Festival and reaching into the local community. It aimed to support cultural endeavour while catering for the leisure interests and pursuits of the majority.

Over time the income was doubled while providing affordable entertainment. The staff grew to ten, and a house in Sun Street was purchased as office premises. This development has greatly facilitated staff work and has allowed many students to carry out work experience within the office.

Here Rosie paid tribute to Canterbury Christ Church University, which enabled the Festival to buy the Sun Street house; today, the University is one of the largest sponsors of the Festival. Among donors who have doubled their grant Rosie mentioned Kent College, Specsavers and the our sister club the Rotary Club of the Forest of Blean.

All in all, in 2017 the Canterbury Festival could consider itself among the best six cultural festivals in the UK. Its long experience in corporate sponsorship has stood it in good stead.

However, in autumn 2017 the organizers received an unexpected shock: the Arts Council and the City Council both cut their grants, leaving the Festival to find £200,000 extra per year just to keep going - this at a time when suppliers and sponsors are feeling less rich in the current economic climate and while BREXIT arrangements take up lots of time.

The Festival has tried to draw some lessons from the situation - did it take too much for granted and become spoiled?

It has already slimmed down staff, rented out a floor of its premises and initiated a fundraising lecture programme running through next year. There will, however, be a shortfall  between ticket income this year and what it spends.

However, the Festival has decided to be bold and to produce a programme as big as it can, dipping into accumulated funds if necessary. There were discussions on "What kind of festival did people want?" and "Has the Festival had its day?"

The Festival is one of the yearly highlights for Canterbury and brings in lots of visitors from out of town. In the discussion after Rosie's talk it was suggested that Rotary should organise a Rotary night out at the Festival.

In thanking the speaker PP Alan Forrest expressed the hope that the Festival would continue for a very long time to come.