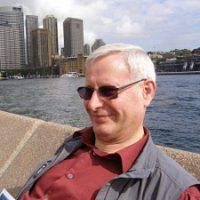 Graham Bough was inducted into our Club as a new member.

Born in Thetford, Norfolk, the son of an RAF officer, Graham received a varied education in a number of schools as the family followed his father’s career in guided weapons research. He was articled to a firm of accountants in London in 1971 and qualified as a Chartered Accountant in 1975 working mainly in the City of London. In 1985 he moved his family to Canterbury seeking a more country life for his wife and two daughters. After a short period of self-employment Graham became a partner in a medium sized firm of accountants in Maidstone and worked there specialising in financial management and advice for the Charities and not-for-profit sector until he retired from public practice in 2002.

Graham served as Operations Manager at St. Mary Bredin Church, Canterbury for 3 years before, in 2005 he was appointed Senior Finance Manager for the Africa Region at Mission Aviation Fellowship International based in Ashford, Kent, but travelling to aviation operating programmes in Africa, Asia and Australasia to provide financial and management training and advice and to perform an internal audit function on systems, legal and financial matters. Graham retired from MAF in December 2012.

Graham is enjoying his retirement serving as a Trustee at Canterbury Food Bank, a rugby union referee coach with the RFU South East Federation and refereeing school, university and club rugby.