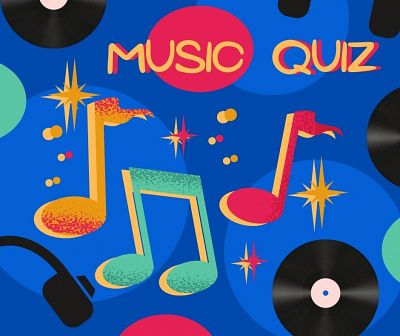 Despite our Music Quiz on Tuesday being billed purely as a "fun event" for Members & guests rather than as a fundraising event, we're delighted to have raised £130 for Pancreatic Cancer Research from the raffle that we held.

We had great fun during the evening trying to answer the questions set by Geoff Wade, member of the Rotary Club of Faversham. Unfortunately Geoff could not make it to the event, but our President Elect Tony Loughran kindly stepped up to the mark - even breaking into song at one point!

The quiz was run as tables of six, and the questions focussed on music from the 60s and 70s, some classical music and other theme songs and tracks that many of us recognised.

The President's table were the winners - although the President (Stephen Thompson) didn't contribute to the answers at all as his very competent team dealt with most of the questions! Tony awarded each winner with a bottle of wine as the prize. Stephen promptly gave his bottle back to Tony to say thank you for running the quiz so well, laughingly adding: "I don't deserve a prize at all!"

Stephen also thanked all those that attended, in particular those that contributed to the raffle prizes or who bought raffle tickets. Our thanks also go to Geoff who spent a great deal of time and effort compiling the quiz and tailoring it for our club.