2018 Pentangular: A visit to Leiden, Netherlands 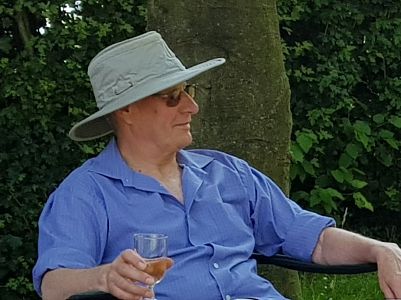 Each year Pentangular – a group of five European Rotary clubs of which we’re a member – meet together for cultural exchange as well as to work together on Joint Pentangular Projects. Our most recent meeting (8-10 June 2018) was held in Leiden.

Our Membership of Pentangular is one of the unique things about our Club; in fact Pentagular is the largest grouping of contact clubs in our District (District 1120, Rotary South East).

As well as our own Club the four other clubs are France (St Quentin), Belgium (Leuven), Germany (Lüdenscheid) and, since 2010, Holland (Leiden). Over the years some very strong friendships have been established between members and our exchanges have always been very enjoyable. So this year we asked Rotarian Graham Bough – who joined our Club in 2016 – to tell us of his first ever overseas Pentangular experience. Here he tells us about the visit.

“Having joined the Rotary Club of Canterbury in October 2016 my only previous experience of a Pentangular visit was from 2017 when our Club hosted representatives of the four other Pentagular clubs in our City.

Although the idea of travelling to Leiden, this year’s host city, was attractive, I confess to some apprehension because of my lack of language skills. But the published programme contained some interesting events and opportunities and Leiden was a lovely place which I hadn’t yet visited. So my wife Jenny and I eventually decided to make the necessary bookings.

We set off from Canterbury at 8 am on Friday (10 June); our journey to Leiden took around seven hours in total (including a four hour drive from Calais to Leiden). Fortunately, we encountered no problems on the way and arrived with relative ease.

Any misgivings that I may have had were immediately dispelled. The reception that took place early on Friday evening was a friendly and welcoming experience with most people speaking in English. Jenny and I were greeted warmly by the local club representatives and also by some Rotarians from Belgium and Germany who we’d met in Canterbury in 2017. In total almost 100 people had come from the five clubs.

Later on Friday evening we were driven by a local Rotarian to have dinner with a Dutch couple; they were also host to a Belgian couple and the German couple who I knew from 2017. The evening was most enjoyable – with a four-course meal and several bottles of excellent wine. We were having such a good time that our host was kind enough to delay the taxi booked to take us back to our hotel. It was past midnight when we finally went to sleep!

On Saturday morning we attended a meeting in a Leiden University lecture theatre at which each Rotary Club made a presentation on the latest stage of their Pentangular projects. This was most informative. It was the first time that I became aware of the various projects that the Pentangular group had financed. Some excellent information was shared and some good models demonstrated of how to plan, organise and deliver a project in far off countries.

Saturday continued with an excellent light lunch followed by a visit to the Leiden University, Anatomical Museum. The University has one of the oldest medical faculties in Europe; the exhibits were thought-provoking and we were lucky to be guided by two students with very good English.

The evening started with a short walk in the sunshine from the hotel to the centre of Leiden where we all boarded several canal boats for a water borne tour of the city. The sun continued to shine on us and on each boat the canapes were tasty, and the drinks flowed. After an informative tour of the city, the boats delivered us all to a restaurant outside the city centre where we were entertained to a musical reception followed by a wonderful buffet meal. After an enjoyable evening, all delegates were returned to their hotels by taxi.

On Sunday morning we enjoyed a guided walking tour of part of the city with an official city guide who again spoke excellent English. Most of the shops were shut so it was a delightful chance to focus on many of the sites of this ancient city with its beautifully maintained and restored cobbled streets.

The weekend went so fast – already our time to depart approached. A buffet lunch, provided at a beer hall and garden, was accompanied by the farewell from our Leiden hosts. And at the end of the event there was an invitation to St. Quentin, France, in 2019.

Again our journey back was via the motorways of Europe. We left Leiden at 3 pm; we had no hold-ups and the Channel Tunnel was working well, so we were back in our own home by 8.30 pm on Sunday evening.”