Thanks from the Royal British Legion for Poppy Appeal 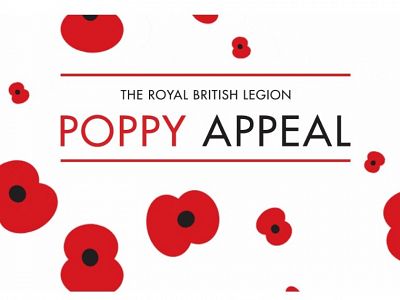 We were delighted to receive a letter of thanks this week from Gerald Ferrett on behalf of The Royal British Legion and their Poppy Appeal.

We reported earlier in the year that, because of the current pandemic, we were unable to help with the Poppy Appeal's street collections as we would normally do each year. Nevertheless, many of our Members were keen to support the Legion, which helps ex-servicemen and their families. Our Members either made a direct donation to the Legion via their website, or sent in their donations. President Elect Stephen Thompson, who oversees our relationship with the Legion, coordinated these donations and sent them off to the Legion. Together with Gift Aid the amount comes to £872.35.

So it was a great pleasure to receive the letter of thanks from Gerald. In it, he says: "What a lovely surprise when I opened the envelope with all your Club Members' donations. Can I ...thank, most sincerely, all your members who contributed so generously to such a magnificent sum for The Appeal." He told us that this year has been a very difficult year for them, but they still managed to raise some money thanks to Whitefriars at Canterbury providing a double gazebo which enabled them to have a Poppy Stand while conforming to distancing rules. (The lockdown curtailed this just a few days before Remembrance Sunday.) "We were absolutely amazed at the generosity of the passing public," he said.

Anyone wishing to support the legion can still do so via its donate web page.