The all-women barbershop choir, Viva Acappella, from Orpington, took the title of Top Choir Kent 2011 after a thrilling, hard-fought, final in front of a packed audience (500 people) at Shirley Hall in Canterbury on Saturday 16th April. 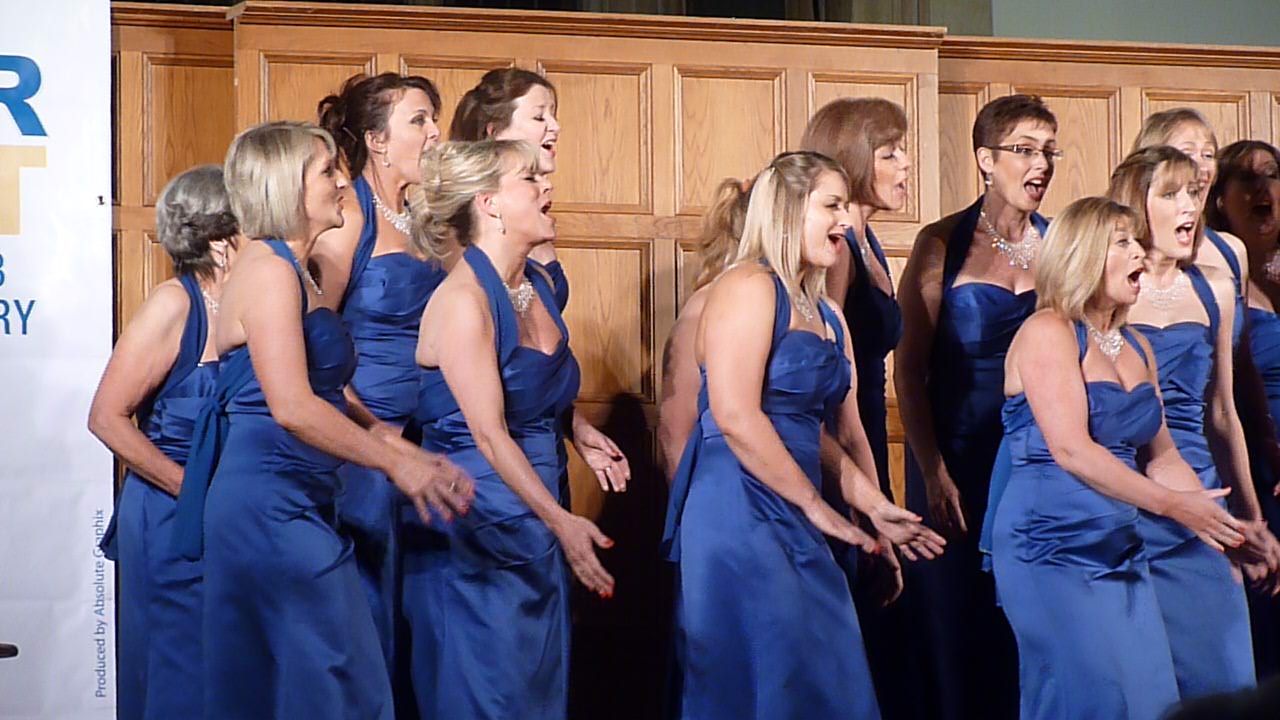 To see a full range of photographs of all the contestants in action, click here.

The other seven finalists – who each received £100 for taking part - all received high praise from David Flood.

St Edmunds School Chamber Choir in Canterbury was commended for producing such a high standard with such young performers.

The Oyster Singers Whitstable from Whitstable demonstrated what community singing was all about by producing real energy and enjoyment.

Front Room from Longfield, were very disciplined and received praise for performing without a conductor.

The Baroque Singers from Tunbridge Wells were all perfectly in tune and provided a lovely balanced sound with superb contrast and texture.

And finally, David Flood described St Stephens Church Choir in Canterbury as being the choir any church in the country would love to have with their big bold sound, vigour and determination.

The judges' task was made all the more difficult because of the exceptionally high standard set by all the eight finalist choirs. Dr Flood said he and the other judges had the most unenviable job on the night and that all of them could have been given an award of some description.

We raised over £6,500 for charities that the Rotary Club of Canterbury support. In addition a retiring collection has resulted in a donation of over £1,000 for the Pilgrims' Hospice.

is the competition's media partner and recorded the concert for transmission of Easter Day. It will also be available on demand via the BBC iPlayer for a further seven days.

It's not just about singing, though. All money raised from the event will go to Rotary Charities which support good works at home and abroad.

⇐ Back to Top Choir Kent