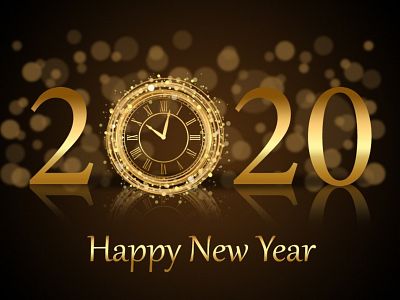 As the year – and indeed, the decade – comes to an end, we look back over the last twelve months. We’ve had a lovely year and have particularly enjoyed serving the local community and have appreciated the community’s warm support in all we do.

For many charities times have been tough lately, so we’ve been pleased give them a boost with some financial help. These include Canterbury Parkinson’s (we’re supporting physio sessions for those with the condition), and Wheel Potential, which helps less able adults enjoy open-air cycling. Both Porchlight and Canterbury Food Bank have received donations and we helped Necessary Furniture buy a much needed steam cleaner that will allow them to provide low cost furniture to those in need.

We’ve also helped buy pumps for mothers struggling to breastfeed and supported Honey Bears Nursery buy equipment for the children with various special needs that they look after. Pilgrim’s Way School was given a camera to help it’s ‘forest school’ project and Music4wellbeing was given a donation towards its ‘Songbird sessions’ that help people with dementia and other conditions. We helped the Prince of Wales Youth Club give Christmas dinners to the elderly, and we even helped one guide in her own impressive fundraising efforts!

Sometimes we were able to help others not with a donation, but with our time, effort or attendance, or through our network of contacts. For instance, we helped the K&C Hospital League of Friends with our BBQ and supported staff at specialist school St Nicholas School take youngsters on an outing. Our club has actively supported the Tools for Reliance workshop in Canterbury (the only one in Kent) since its inception seven years ago -  the volunteers had a very successful year, refurbishing 1000 tools which will be sent out to Trade Training schools in Africa. Over the years we’ve helped with collections for the Lord Mayor of Canterbury’s Christmas Gift Fund and the Poppy Appeal (this year receiving an award from the Royal British Legion for our efforts). Various members have gone along to help fundraising efforts of others, such as Save the Children and Sunrise Golf Day, We’ve helped find a new home for school uniforms and helped collect stamps for a local hospice. Sometimes it’s not even our own time but our shy that helps others!

We are incredibly proud that two groups that we’ve supported have received national and international awards – the Prince of Wales Youth Club received a coveted ‘Queen’s Award’ while Team Evolve from Queen Elizabeth’s Grammar School in Faversham became the F1 in Schools World Champions!

On the international front, we’ve given donations to Chaaria Hospital in Kenya; Opening your Heart to Bhutan, Indian health charity Health for All, New Life Nyambene and Chipembele Wildlife Education Trust. Fellow Rotarians in Bangladesh have received a donation to help with the distribution of Hygiene kits to underprivileged girls. We’ve also donated to Shelterbox, WaterAid, Aquabox and WasteAid, and microfinance organisation Lendwithcare; Most recently we supported Rotary International’s efforts with a donation to End polio thanks to our Christmas raffle.

We’ve also been busy organising local events, such as our popular Innovation Competition - won in 2019 by a bright young 12-year-old whose potentially life-saving tech T-shirt idea wowed our judges. (Look out for announcements about this year’s competition very shortly!) We’ve helped the English Speaking Union with its popular public speaking competition and have run our own Christmas writing competition. Members have helped schools give mock interviews and as mentioned above we’ve supported F1 in schools.

On the fundraising front we kicked off the year with a Music Hall "Old  Bull & Bush" event with the Lindley Players. We have of course had our wonderful duck race. Not only does this event bring in the funds that we use to help various causes, it’s become a popular community event in itself that is enjoyed by all the family, young and old. This year we also held our first ever Art & Craft Fair; we managed to raise funds even though that was not the main aim. Showing that even little things can raise funds, we had a fun Caption Competition among members. We have also received funds from Waitrose and Asda through their community initiatives and as always are grateful to those who spin a coin in our yellow wishing well.

As well as serving others, being a Rotarian also has its own pleasures. Our members get to enjoy talks and presentations from a variety of speakers at our meetings, and we’re also able to have interesting trips and experiences and guest evenings.

David Astley told us about the Ambulance Service SECAmb while Trevor Sayer told us about SERV Kent. We also learned about breastfeeding. A couple of speakers, Dr Jan Cheer; and Soumya Manna spoke to us about the medical field, which is certainly fast-changing. Amazing Rotarian Phil Godfrey told us about APS and Jeremy Martin told us about his experiences relating to diet and public health.

It’s an interesting time for Kent - Karen Cox and Chris Holland told us about exciting changes at the University of Kent and we learned more about the new Kent & Medway Medical School. Deirdre Wells from Visit Kent told us about their vision for the county.

It was a pleasure to welcome local dignitaries and VIPs, including Lord Mayor Cllr Colin Spooner and the Very Revd Dr Robert Willis. We had lessons in history from Prof Mark Connelly telling us about Ypres and Rob Orridge telling us about 617 Squadron (dambusters). Peter Lansley told us about the Samaritans while Graham Solly told us about Catching Lives. Mandy Troughton and Mandy Boughton told us about Beach Creative. We learned about STEM from James Bennett, about Rotary Radio UK from Steve Wood, about Factfulness from PP Viv Pritchard and about F1 in Schools from George Stonor. PP Richard Kemball-Cook told us of his adventurous trek in Annapurna and Rotarian Sinitta Nightingale from our sister club (Sunrise) told us of her experience of India and polio immunisation. We also heard about charities Transaid and WasteAid. We were also pleased to hear from youngsters who received awards from our Millennium Scholarship Tust Fund.

This year we got a behind-the-scenes look at the Fire Station and also visited the Salvation Army College and the Postal Museum in London. More locally we visited to the Turner Gallery and the Freemasonry Museum. We travelled on a Thames Barge and a Steam Railway. We had an enjoyable Safari supper and some of our members attended performances by the Mustard Seed Singers and Old stagers. We visited a vineyard and had fun playing Bat & Trap!

During the year it’s also been a joy to welcome guests to our meetings, especially overseas ones including Ken and Di Collins from Australia, Bonnie Theophilova from Bulgaria and Ulrich Franke from Germany. We also welcomed new member Maxine Blades who gave us her job talk. In February, our guest evening focussed on Valentine, we also had a Balloon Debate and the Lemon Zingers performed for us (and we’re delighted to have donated to the Blackbird Project at their request – to help hospice patients record their voices for loved ones).

Last, but not least, some of our duck race ducks have enjoyed travels to Tunisia. Holland and France. They’ve also been out to Sandwich and even been to the polls (election variety, not North/South Poles!). They even indulged in some yoga! We wonder what they have planned for the New Year!